What’s on your Playlist?

A playlist is usually a list of songs made by someone or automatically generated by a genre or artist. Unless I am in class, a meeting, or on the phone, I always have music turned on so playlists are a huge part of my life. Listening to music allows me to de-stress and organize my thoughts as well. 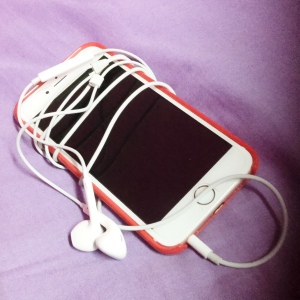 Did you know that iTunes automatically creates a “Top 25 Most Played” playlist for the user? I knew, but I never really thought much about it until recently. I realized that the music, the genre, the lyrics, and even the beat differs among each person. People’s playlists and music taste may overlap, but I personally think that it will be very hard to match the top most played songs with each ot her.

For example, a friend of mine’s top 25 most played songs included mostly upbeat and electronic music. I think it somehow fits her perfecly.

When I looked into my own playlist, I realized that my most played songs are mostly soft pop. I think that’s because I love to have somewhat mellow music on when I’m working, doing homework, or writing. I also love to pay attention to the lyrics so I enjoy songs that are usually more meaningful or sounds more sincere (to me, anyway).

What does this say about me? I’m not sure. Maybe I’m a softie. Maybe I’m a workaholic.  I guess it comes with the territory. I am an overworked Grad Student after all.

Either way, it was really interesting for me to see how people’s playlists differs from each other. I think it also shows their personalities through it.

I hope you guys will check these songs out. They’re pretty great, in my opinion.

What’s on YOUR playlist? 🙂

Peace Corps Volunteer in the Kingdom of Wonder (2017-2019)
View all posts by Christine →
This entry was posted in Uncategorized. Bookmark the permalink.